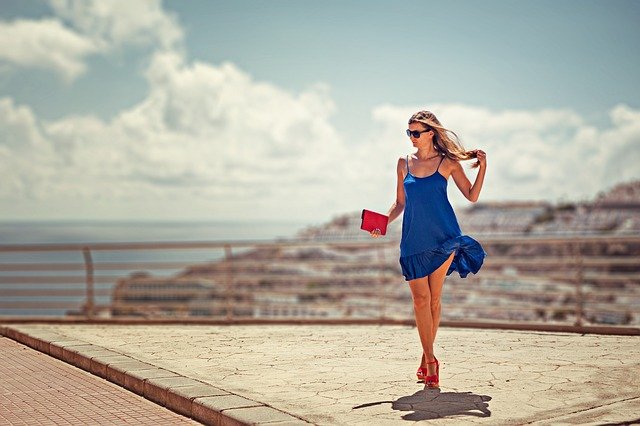 "Mother hates me all my life"

Toxic relationships with parents leave psychological injuries for life. Psychologist Barbara Greenberg analyzes the case from his practice and gives advice how to survive the Mother’s dislike and establish a further life.

Once I received a letter from the 22-year-old girl in which she told about the problems with the mother. I realized that the case described in it is typical and my answer can be interesting not only to her.

"I think that he does not deserve such an appeal."

"Dear Barbara, I need your help. I am 22 years old and I still live with my parents. My relationship with my mother was never normal. In adolescence, I liked to think that I was taken from the orphanage. This would explain much.

In childhood, when we quarreled with my brother (he is three years younger), the mother always took his side, even without listening to my version of events. She always demonstratively punished me, and his brother calmed, even if it was obvious that he pretends. My father was at work all the time, and if I witnessed family disassembly, I always supported my mother.

I swore for the mess, even if my brother was learned. So I was forced to clean up and behind him. Still mother liked to make fun of me in front of my girlfriends. She always told them about my mistakes, problems, as if complained about the joke, I don’t know how to dress beautifully or painted.

I studied well, never argued with teachers, and they always support me. But classmates considered boring and strange. In high schools teased me, but parents never tried to help. Mother said that I myself was to blame: other children offend me because they know – I am too weak and emotional.

At the same time I was so naive that I discovered my mother’s mother several times and told about my experiences, for example, after the first guy threw me. And this was eventually used against me. In quarrels, the mother said that that guy did the right thing: he could not stand my bad character, and it is unlikely that someone wants to meet with me. Indeed, after that case, my personal life was not glued.

Now I get a higher education and I hope to quickly find a job to move away from my parents. I do not want to cross them out of my life, because in childhood there were a lot and good moments. But lately everything has become quite difficult. For example, yesterday I wrote the report yesterday, and in the morning my mother woke me up with shouts that I was lazy and sleep too long. I tried to explain that I am very tired in classes and I want to sleep, but the mother began to beat me on the legs and pull out the power of the bed.

I am very angry with her and I think that it does not deserve such an appeal. I hope my move will be able to fix everything. Thank you very much and looking forward to the answer. ".

"Daughter who felt maternal dislike, feels fear of being offended or rejected"

That’s what I answered.

Thank you for adding me. The house should be a place where a person feels comfort and calm, but, unfortunately, it is not always so. Thank you for led examples from life. Many memories are probably very painful. Most people prefers to forget quarrels with parents. In childhood, you suffered from what you compare with my brother. In adolescence, when daughters are especially needed by the help of mother and her advice, you received ridicule and insults.

The need of his daughter in maternal love never disappears. Therefore, you again searched for my mother support. Do not blame yourself for it.

You write that you often want to sleep. Perhaps this fatigue due to study, but it can be a sign of depression.

You need to know that the daughters who did not like, often remain emotional wounds, which determine their further relations with people. Maybe therefore it is difficult for you to arrange a personal life, to trust a new person, let him in your world. Daughter who felt the maternal dislike, feels a constant fear of being offended or rejected. It is likely that calm trusting relationships with a man will seem unreal or boring. You need to be to this ready.

I fully support your desire to move. This is the only way out of the situation. Leaving as soon as possible, even if the mother will ask you to stay or say that you will not get to live one. I know from the practice that it often happens. Mother, even such as yours, do not want to let go of daughters. But you must show hardness.

I also suggest limiting the number of contacts with parents. I do not urge to completely stop chatting, but you definitely need to take a pause. Of course, each child needs the approval of the family, but, unfortunately, not all parents are capable of adequate communication. You will want to call your mother to ask her advice or share joy. Hope! Otherwise you can disappoint in her even stronger. Better communicate with friends who belong to you good. Advise them. Build your life.

A little later, after six months or a year, when everything is forgotten, try to feel gratitude and compassion. She behaved wrong towards you, but you will not have another mother. Be angry with her, but remember that you are angry with your loved one who did a lot for you. You yourself write that in your childhood there were good moments.

Try to pay attention not to the fact that the mother spoke, but on what she did for you. Do not get offended to spoil your new adult life. You have so many interesting ahead.