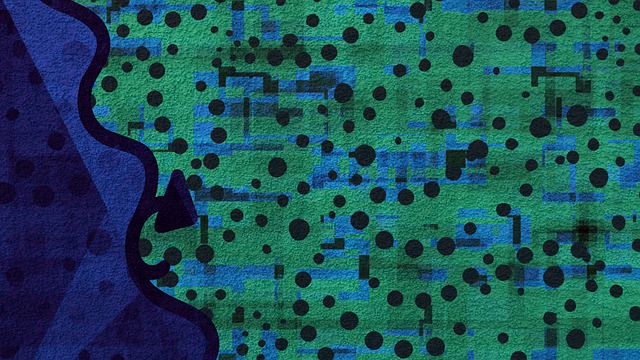 An interesting phenomenon – it’s worth writing a note, where I talk about the psychological problems of women, how to me in the comments of men begin to tell that a) no it is a problem, b) men have a worse problem, c) it’s not we offended, it is us Offended.

If I write a note about the problems of men, exactly the same thing they write to me. Of course, in that, and in another case, they are not writing everything, but only part. But very volatile!

Why so it turns out that men are offended by women, and women on men? Why this war goes and constant swearing?

To sort out this phenomenon, we use knowledge of social psychology.

"We have scouts, they have spies!"

If not the first one, then one of the first such groups becomes. For about three years, the children already know how they are the floor, and than this gender differs from the other floor (though, usually random signs are chosen, like hair length).

When we firmly attached to any group, we start the prejudice mode in favor of your group. Well, when we have scouts, and they have spies, we have courageous soldiers, they have cowardly mercenaries and so on.

But the case is not limited to verbal labels. Bias in favor of their group is also expressed in the perception of information.

Here is a bright example. In the middle of the last century, the team of Princeton University and Dartmouth College came together in a fight on a football field (football was, as you understand, American). This game has become the most cruel and grains in the entire history of both teams. Never rivals have never behaved so rudely towards each other – the result of the game was the whole heavy injury and injury.

But the most interesting thing happened when the psychologists Albert Husthorf and Headley Centril showed the record of this match to students of both educational institutions a video of this game and asked to celebrate every violation of the rules, pointing to him who made it committed.

What do you think managed to students objectively evaluate a video? Here are no twinkles!

Princeton students believed that the rules were violated mainly players of dartmouth, and if Princents did something wrong, then these were forced measures, and so, of course, princents angels in the flesh. Of course, dartmouth students thought in the same way, but with a reverse sign.

In other words, we justify their own and in the literal sense, we do not notice their jambs and misconduct.

Therefore, it turns out that women simply do not notice where and how their group hurts men.

Therefore, it turns out that men simply do not notice where and how their group hurts women.

As a result, each side absolutely sincerely considers himself offended – because those others, violate the rules and behave! And we are not!

"The first thing comes to mind"

The following factor provoking the war war is heuristics of accessibility. Extremely simplifying, you can say so – we do not analyze the information carefully, and rely on what it is better to remember that it comes to mind faster. If the TV was talked about a plane crash, we remember that airplanes are dangerous.

In the context of the war of the sexes, everything is extremely simple – women constantly hear the stories of other women about the resentment and injustice, koi will give them a villain-man. At the same time, the inverse stories of women hear less. For a reasonable reason – men just less such stories tell women.

Similarly, men – we are more often hearing the stories of other men, about the resentment and injustice, Koi will give them the villain-women. At the same time, the reverse stories of men hear less.

As a result, we have an average man heard, let’s say, sixty heartbreaking stories about men offended by women, and two stories about women offended by men. What conclusion makes our hero? That women are tiranny unfortunate men – heuristics of accessibility in action. What stories to him are available immediately, without effort, such judgments he takes out.

In women, the mechanism is exactly the same.

For example, if another driver rebuilt somehow wrong, we only call him about it and believe that the cause of such behavior is its innate.

But when we ourselves are rebuilt somehow wrong, we understand that the case in random inattention – did not sleep, disbelled, did not notice, so it turned out. Moreover, another time we will be attentive.

This is true in the context of the relationship of men and women. If a man somehow came, then, not being in his skin by definition, a woman believes that a man does it alone and just because he is a man. Once at the same situation, our heroine will do the same, but will explain it with some situational reasons.

Men have all the same. If he encounters a situation where a woman, for example, raises his voice, he will say, they say, everything is clear, she is tantrum. When he himself raises his voice, it will happen exclusively in order for his speech.

How to make it?

The output is quite obvious – turn the head.

Do not consider representatives of the opposite sex with aliens from another planet (let them in a figurative sense), but consider part of my group. This will reduce bias in favor of your group.

Do not rely on what comes to mind first, but look for more information, collecting it evenly, in different places, including obviously unpleasant to you (just there, most likely, will be the information that will adjust your view on what is happening).

Do not generalize, but look at a particular person and figure out his personal motives, reasons and motives. Become in his place.